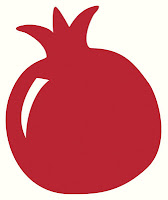 A move to Armenia for me turned out to be, not a very easy decision. With other more western and perspective options on the table, I decided to tempt myself with this post-soviet state which is more or less Russian speaking, which is situated in an interesting region, which is involved into conflicts with its neighbours and which could give to me something OTHER than Europe could at the moment. A state with a long, fascinating and sometimes sad history. I took this challenge. And I don't regret.

Everything what was happening here, had or have influence on me, and I want to recall that. Not for the past memories, but for the future steps.

Since my stay here, I managed to get in touch with a lot of interesting young people, share common and different ideas and take part in fascinating events and what is more important - broaden my knowledge and views to the extent I wasn't expecting.

Those who know me, know that I adore travelling, and I did manage to travel in the region quite a lot. I discovered a beauty of Tbilisi, which reminds me Lviv so much. I went to Azerbaijan, to face the life of this "land of fires". I travelled across Armenia, to see historic and religious sights. But more importantly that more travel is still to come. Turkey and Georgian sea-side are waiting.

I did manage to upgrade my skills in Russian and English languages. Thanks to some circumstances I used English so often that I began to think in it. Splendid! Also Russian words infiltrated my western Ukrainian a lot, and it begun to lose it charm. To me anyway. However that is a subject to a change. One must understand that it's quite a challenge to live in a society without often hearing your precious mother tongue.

Sunny and hot weather, hospitable people and great landscapes are other reasons for which I like my residence here.

Other things have also influenced me. Sometimes not in a good way. I faced a very specific Armenian mentality, which one could call conservative. Before coming here I did more or less not believe in all this mentality stuff, and was "for" world without prejudices. Nevertheless Armenia changed my view about this point. However this is a cultural thing, so let me leave Armenians to themself on this issue. I just decided not to get involved with such particular talks or actions, cause that is something that frustrated me sometimes.

And the biggest disappointment to me so far, were the Armenian Presidential Elections. With lots of young people crying for changes and other life, their show-up on election day was very low, with after-election talks about "we cannot change anything", "it is already decided" and "i was too lazy to go". My answer to them - "be the change you want to see".

And the biggest personal failure to this moment is that I haven't mastered the Armenian language to the level I was going to. Maybe later I will regret it, but I still have 3 months to get closer to this aim. I will have to put a lot of effort into this.

I hope that upcoming three months will continue bringing something new and special into my life.